Vases and glassware to bring a splash of colour

14 December 2020 These modern designs will brighten up any home this winter. Seven Murano vases to be offered at Mallams on December 15-16.

The auction includes a decent range of ceramics and glassware whose lively hues will freshen up a front room or home office.

The auction represents one of your last chances to bid for a good piece of modern British design before Christmas. 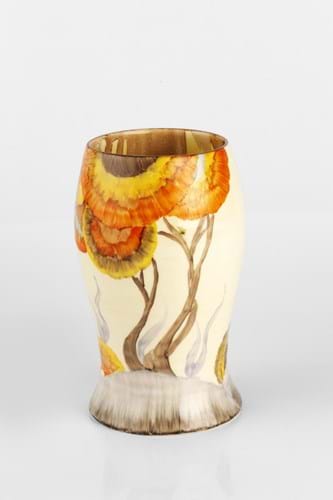 One of the best known British ceramics designers is Clarice Cliff (1899-1972). This 14cm high vase estimated at £60-£100 has a rhodanthe design, radiating like a splash of morning sunlight.

Rhodanthe, also known as sunray or pink paper daisy, is a genus of Australian plants within the daisy family.

Fish vase by the Leaches A vase by Philip and Frannie Leach.

This 47cm high vase is by Philip and Frannie Leach who ran the Springfield Pottery in Devon for 40 years. It has a turquoise glaze and is decorated with fish. It is estimated at £80-£120. An amethyst-coloured Whitefriars bowl and vase.

This amethyst-coloured Whitefriars bowl and vase are together in one lot with an estimate of £40-£80. A vase by Jonathan Chiswell Jones.

Jonathan Chiswell Jones runs the JCJ Pottery in East Sussex. This 27cm high vase has a fish and weed design and comes with an estimate of £200-£300. 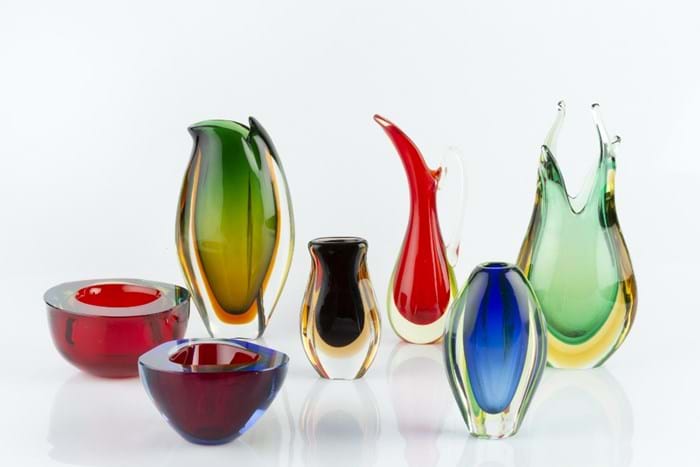 These seven Murano cases glass vases could prove to be good value. With an estimate of £80-£120 they might end up costing around just £20 each. Ah, the novelty item. Six Whitefriars glass ducks, each in a different colour. The estimate is £60-£80.