This time next year Rodney...

23 March 2021 The Reliant Regal owned by Trotter's Independent Traders is one of the most readily recognised vehicles on British television. Cushtie! You can bid on this 'Del Boy' Reliant Regal at the sale run by Silverstone Auctions.

Their van transported their stock and raised plenty of laughs along the way.

A number of different vehicles were used over the course of the show's 22 years and this one, owned by John Mansfield of the BBC, is believed to be one of them.

This Reliant Regal van will be offered by Silverstone Auctions on March 27-28.

The van has been gone through some recommissioning to get ready for the auction, including new tyres, the brakes overhauled and the fuel system checked through and is said to drive well (for a three wheeler!).

It comes with the roof rack complete with the market suitcase, fluffy dice, ‘Tax in the Post’ sign in the windscreen and, dare we mention it, an inflatable doll in the rear paying homage to one of the most popular episodes ‘Danger UXD’. What am I bid for this iconic van? 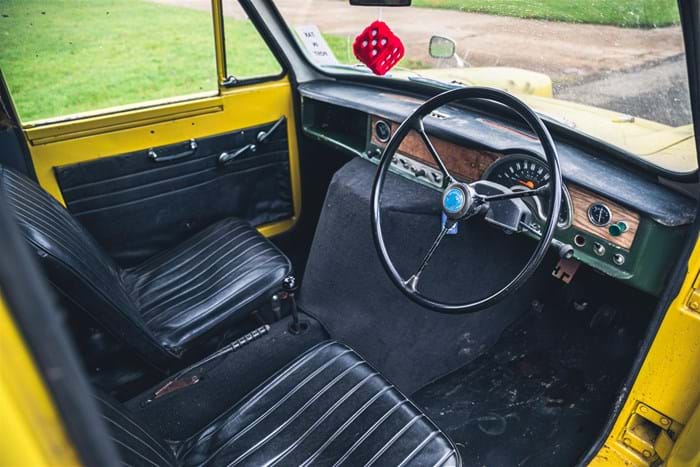 Glamour in the back. These days there are no tax discs, of course.

So, don't be plonker, get bidding on this Reliant Regal!