Novelty items to bring cheer in the new year

04 January 2021 There are times when you just want something a bit quirky. These lots have it covered nicely. 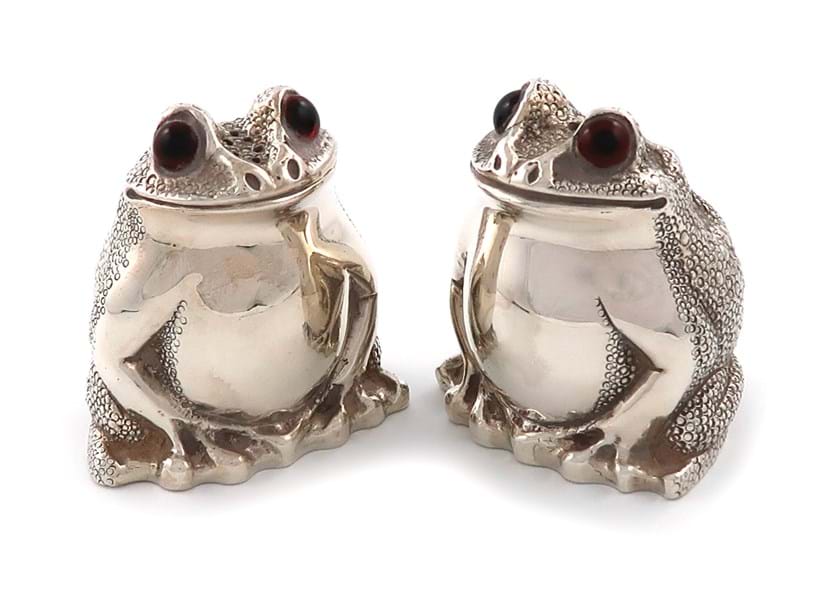 Novelty items can be found in many auctions. Sometimes there may be a few objects in a large auction - so it pays to rummage around in online catalogues - and other times a major collection of novelties is sold in one auction.

Those sales are particularly exciting for novelty-lovers who can see how a like-minded collector has amassed a set of items over many years.

Here is a selection of novelties coming for sale this month, including some from specialist collections. The Quarterly Fine Sale at Bearnes Hampton Littlewood in Exeter on January 26-28 features an extensive collection of novelty silver pin cushions. These can be very popular with collectors who are hoping to fill a gap in their collection by finding that rarity that has so far eluded them.

Use a dog to call a dog A novelty silver dog whistle on offer at auction on January 16.

A good selection of novelty objects can be found in the Jewellery, Watches and Silver sale at Elstob & Elstob in Ripon on January 16.

This silver dog whistle is just that: a whistle in the shape of a dog. It has an estimate of £40-£60.

What's in the box? This Edward VII silver jewellery box was made by William Comyns & Sons, and is hallmarked for London 1901.

It is in the form of a dressing table and embossed on the domed centre is a picture of a couple and a child in rural setting, showing how much work the silversmith must have put into making this unusual item. A novelty clock in the form of a stringed instrument.

This late nineteenth century clock is in the form of a guitar and will bring a smile to anyone who glimpses it on a mantelpiece. A novelty silver toothpick and pencil.

This early Victorian novelty silver pistol pencil and toothpick set was made by S. Mordan, and is engraved 6 July 1840. This ice bucket has an equestrian theme with a horse's head on top, a horse shoe on the front and stirrups to the sides.

You can bid for it on January 6 in the live sale at Golding Young & Mawer.

Take on a new roll This novelty silver brooch designed as a toilet roll and mirror has a hallmark for 1974 and a maker's mark for 'JLB'.

Wear it proudly on your next Zoom call if you are the successful bidder at the Bishop & Miller auction on January 20.

To learn more about similar objects read our guide to silver novelty items.