25 January 2021 After a year like no other, we’re looking back on the key trends and insights of 2020 to help inform the year ahead. The show must go on. Edward Whitton of Whittons in Honiton conducted a live online only auction outdoors on April 2 due to lockdown rules. Internet buyers could hear birdsong as they placed bids at the silver and jewellery sale.

As people found themselves at home with time on their hands and money to spend in lieu of luxuries like holidays, we saw significant increases in demand for collectables, vintage watches, memorabilia, gold coins and classic cars as well as increased interest in modern and contemporary art. Modern British artists were popular with bidders in 2020. South of France by Mary Fedden signed and dated 1988, sold at Chiswick Auctions for £13,500 in April. Below we explore some key movers in what buyers were after in 2020.

Rolex is the watch word

One brand that really made it tick in 2020 was Rolex. It was the most searched-for word on thesaleroom.com with the number of searches rising by 14% year-on-year.

This was the first time Rolex has ever been the most searched-for term on the website and underscores the rising popularity of the brand at auction. A gentleman's Rolex Oyster Perpetual Cosmograph Daytona chronograph bracelet watch from about 2001 sold at Fellows in October for £14,000.

Other Swiss watch brands experienced a similar rise: searches for Patek Phillipe were up 13%, taking it from number 163 to 143 in the ranking of most searched-for terms; and searches for Breitling rose 15%, moving it up to number 69 from 88. However, the stand-out performer was Seiko. The number of searches for the Japanese watch brand, which trend-setting collectors are deeming increasingly desirable, rose 28% in 2020, moving Seiko into the top 100 for the first time, where it reached the number 83 spot. In 2019 it was ranked 139 and three years before that in 2016 it barely made it into the top 500, scraping in at position 490. You can expect Seiko to find even greater favour in the coming years as more collectors come to appreciate it. This will lead to a rise in demand and as a result a greater willingness among owners to consign to auction because they can see their watches will achieve a higher price.

In the world of contemporary art, street artist Banksy has become more and more in vogue. An increasing number of auction houses are selling Banksy prints and prices for the choice pieces have almost doubled in 12 months.

This prominence is also reflected in the number of searches on thesaleroom.com for Banksy which were up 17% year-on-year. Look out for more Banksy auctions in 2021 on thesaleroom.com particularly from firms such as Forum Auctions. While some Banksy prints now sell for five or six-figure sums, other works are more affordable. This 'Di-Faced Tenner' sold for £1400 at Sworders in June 2020.

Lockdowns did not stop interest in the classic car market either. Back in July 2020 we reported that classic car auctions were driving up to three times more bidders than other categories on thesaleroom.com. Seven lots that caught our eye - and yours

A whole host of fantastic lots went under the hammer in 2020. Here are a few of our favourites snapped by bidders on thesaleroom.com that show the flavour and the variety of items available at auctions online. 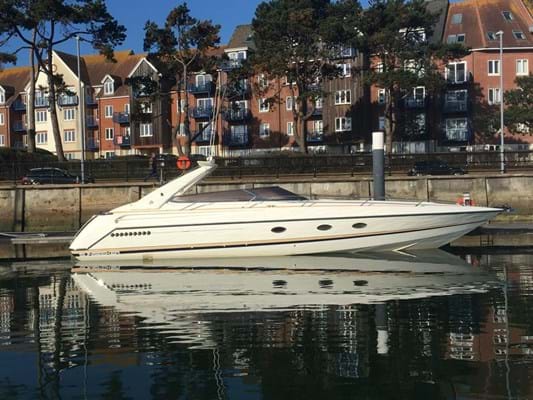 A change in auction format

During the various lockdowns auction houses found ways to continue to run their business safely behind closed doors, and one type of auction emerged as their favourite: live online only.

In these sales, the auctioneer would stand on the rostrum and take bids on commission, on the phone and from online bidders just they as do in a live auction; the key difference was that there were no bidders in the room.

Some auctioneers broadcast their sales in the open air, others used the front room in their own homes. Auctioneers also offered virtual viewings on Zoom and an increasing number also tried out new video formats to offer prospective buyers a taste of what was on offer. We expect these methods will continue to be used long after the Covid-19 pandemic.

A timed auction has no auctioneer on the rostrum, instead bids are placed online before a set end time. Due to the success and convenience of these sales, the momentum will continue to build in 2021 and beyond with auction houses adding more timed auction sales to their roster. This Star Wars film poster covering episodes IV to VI sold in a timed online auction at Mullock's for £500 on May 3 2020.

While finding the best ways to conduct their own business during lockdown last year, auction houses were also quick to support good causes as well, including various NHS charities.

Charity auctions remained a firm fixture throughout the year and in November Lacy Scott & Knight worked in association with Geewizz Charity to present the timed sale 'Ed Sheeran: Made in Suffolk Legacy Auction'. The hammer total exceeded £400,000 and Ed Sheeran himself provided some of the lots including handwritten lyrics for his 2017 global hit 'Perfect'. These handwritten and signed lyrics for the song Perfect by Ed Sheeran sold in a timed charity auction at Lacy Scott Knight for £23,500 in November 2020.

In the face of all the challenges created by lockdowns, the auction world showed itself to be resilient in 2020 and set the scene for a busy and vibrant year ahead where online browsing and bidding is very much part of the new normal.

We look forward to connecting you to hundreds of auctions every week and wish you a successful 2021.