14 January 2022 After a busy year of online bidding and buying, it’s time to look back on the key auction trends and insights of 2021 to help us know what to look out for in the year ahead on thesaleroom.com. Managing the online bids during an auction at Cheffins in Cambridge in 2021.

Home is where the heart is

The periods of the year when businesses were allowed to open their premises to the public were notable for one thing: auction buyers decided to do their bidding from home.

These days when it comes to the number of bidders an auction house can accommodate, its space is infinite; just as well given how many people want to be part of the action.

As Gavin Strang, managing director at Edinburgh auction house Lyon & Turnbull, told Antiques Trade Gazette: for his firm’s auction of the contents of Lowood House in October - which in times past would have attracted a capacity crowd in person - just six bidders were in the room. That was no problem given that hundreds more were happily bidding remotely.

"Where previously it was ‘on-stage’ theatre," Strang said, "it is now livestreaming, and the audience has expanded massively. I think that online bidding has been seen as more accessible by a new generation who may have never considered entering a physical auction house before."

Here is a small selection of some of the notable items bought by bidders on thesaleroom.com in 2021: 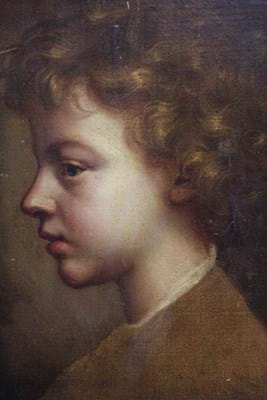 Tastes of a new generation

New buyers at auction - who tend to be younger - bring with them a wider range of interests and auction houses are moving quickly to provide them with what they are looking for.

Nowhere was this more evident last year than in the increase in the number of searches on thesaleroom.com for one particular word: Pokémon.

Buyers trying to hunt down the few remaining cards to complete a particular set or snap up an especially rare card or pack have fuelled a rapid rise in auction activity. Searches for Pokémon on thesaleroom.com in 2021 were 50% higher than in 2020 and sales at auction have been brisk throughout the year.

One of the most noteworthy auctions was at Richard Winterton in February when an unopened base set booster pack sold for £16,000. This sealed Pokemon base set booster box sold for £16,000 at Richard Winterton in February.

The first Pokémon auction of 2022 has already happened - a sale at Ewbank’s on January 4 - and there will be plenty more this year but what might be the next collectables to look out for? At auction in 2022 you can expect to see trainers (also known as sneakers) – limited edition examples or ones made a long time ago have become a hot collecting area.

The first specialist sale of trainers on thesaleroom.com has already taken place this year: a timed sale that ended on 2 January 2022 held by Vernon Fox Auctions. These Dior trainers sold for £440 at Vernon Fox on January 2.

What else was popular in 2021? Memorabilia from films and TV shows are generating high hammer prices, showing how buyers are eagerly snapping up items relating to what they watched when they were young. While items from the black and white screen days still find buyers, it is memorabilia from the 1970s to early 2000s that is now driving the market.

Rare Star Wars toys have been hotly competed for at auction for a while but increasingly it is props that appeared in the movies and television shows that are taking the big money. A large-scale Eagle Transporter model miniature from the sci-fi television series Space: 1999 that sold to an online bidder for £125,000 at Prop Store in November.

The hammer prices being achieved by such entertainment props will likely prompt more consignments to auction in 2022.

More traditional auction fare, however, is by no means out of favour - far from it. People working from home in 2021 sought to upgrade their interior by refreshing their furniture and, more conscious than ever of their own carbon footprint, they looked to buy in a more sustainable way.

As news about the environment will continue to be prominent in the coming year more buyers will seek out purchases that have the least impact on the planet's climate and resources.

There has already been a notable increase in searches on thesaleroom.com for terms such as:

Good quality second-hand furniture by brands such as Ercol and by Scandinavian designers who made functional but cool tables and chairs is in strong demand (though still sell for far less than a new version of the same item) whereas basic antique and second-hand items can be picked up at very attractive prices - ideal for furnishing homes on a tight budget. This Ercol display trolley sold to a buyer on thesaleroom.com for £700 in December 2021 at David Lay in Penzance.

Timed sales on the rise

As for the types of auction we saw in 2021, it is timed online auctions that are growing most quickly. Today’s buyers are familiar with bidding in timed sales and in 2021 about 150 auction houses used this format on thesaleroom.com, more than 50% higher than two years ago. The variety of items sold in timed online sales is growing - and this will continue in 2022 as will the prices achieved.

Catherine Southon, for example, held two timed auctions of London street signs on thesaleroom.com with the top-seller being an Abbey Road sign that sold for £30,000 This Abbey Road street sign sold to an online bidder for £30,000 in a timed online auction in March held by Catherine Southon.

A handwritten job application by Apple founder Steve Jobs took £162,000 in a timed online sale held by Charterfields in March. This hand-written and signed job application by Steve Jobs sold for £162,000 in a timed online auction held by Charterfields in March.

The customer is king

Auction houses have also been putting in place higher levels of customer service to meet the expectations of bidders used to purchasing from online retailers.

Catalogue descriptions have become longer and more detailed, accompanied by more photos, and after-sales services such as packing and delivery have also become more important with more firms set to provide their own in-house services this year.

This all good news for online auction bidders.

With a packed calendar of sales ahead for this year, whatever you bid for in 2022 we wish you every success.

See all the latest auctions on thesaleroom.com.