Affordable art on offer at Halls

16 November 2021 Works by both modern and contemporary artists are available for bidding in the timed online auction at Halls ending on November 28. The items on offer are mostly valued in the two-figure or three-figure range, giving good opportunities to pick up some nice art at a decent price.

Here is a brief selection of what's on offer. Take a look at the full online catalogue to browse the whole sale. In 1919 artist Paul Nash (1889-1946) settled in the village of Dymchurch on the Romney Marsh in Kent where he stayed for a number of years producing a range of works based on the sea wall and surrounding countryside. This etching is guided at £200-400. High and Dry at Barmouth 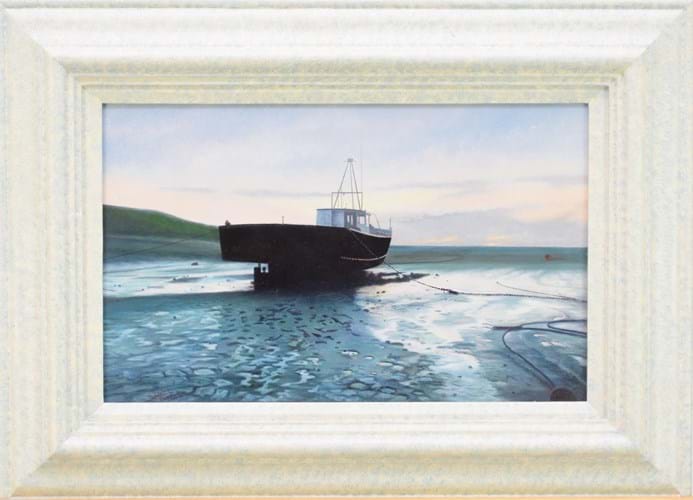 This oil on board by Denby Sweeting (British 1936-2020) is one of three pictures in this lot which comes with an attractive estimate of £40-60. This print by 20th century British artist Stewart Beckett features footballer George Best interloping as the Fab Four cross Abbey Road. It has an estimate of £120-180. This work by Irish artist John Francis Skelton has an estimate of £80-120. This wooden sculpture by Jeff Soan has an estimate of £80-120. You can view and bid on all the works in the Halls Modern and Contemporary Art timed auction on thesaleroom.com.