Often distinctive and vibrant, the visual arts produced in the Islamic world cover a wide range of genres, periods and lands. 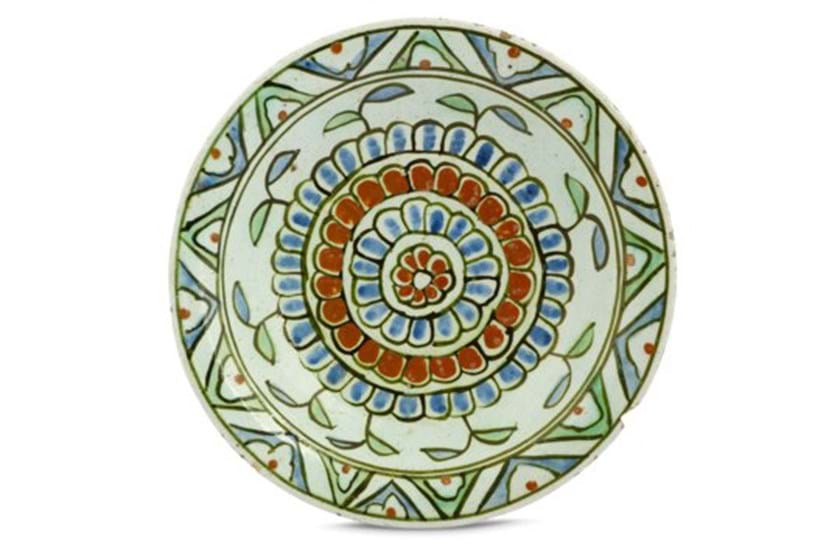 An Iznik pottery dish from the first half of the 17th century. Of typical shallow shape with floral design, it sold for £800 at Chiswick Auctions in October 2019.

Unlike Christian art, these items comprise both religious and secular art forms with one of the key ideas being that, because Islam is integral to a Muslim's life and makes it beautiful, everyday items should also be made beautiful by Islamic art.

Buying and collecting Islamic art helps you to access and appreciate centuries of culture and knowledge as well as enabling you to enjoy beautifully crafted objects. Good entry-level items for collectors can be picked up at auction for low three-figure prices.

Rarer, higher-quality pieces will run into thousands of pounds.

The categories of Islamic art that regularly comes up for sale include: Much of the great art within the Islamic world was produced under the patronage of a ruling court. Today, the names of different empires may appear in lot descriptions at auction such as: Where and when to buy

Look for specialist auctions that occur periodically throughout the year, with a peak in May and November. These sales will have been put together by an expert at the auction house who will be available to answer your questions.

Such auctions are often called ‘Islamic and Indian Art’ or ‘Asian and Islamic Art’.

Decide how much you’d like to spend and use the search facility on thesaleroom.com to find Islamic art coming up for sale. You can filter your search by, among other things, price and by location of the auction house to narrow down your selection.